Until I find time to publish what's going on on my side, I'm publishing this "scientific paper" sent to me by a .. friend, who preferred to stay anonymous :) Let us know what you think of it in comments. 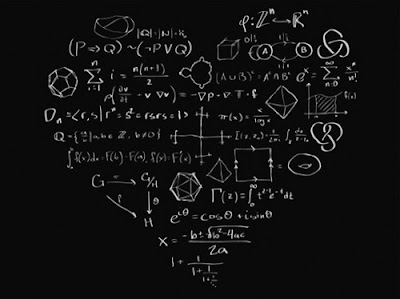 This paper describes the relationship between two human objects of opposite sex, discovering correlations between those two based on Newton laws of mechanics.
We particularly focused on gravitational forces affecting this relation mistakenly referred by general public as "addiction" as well as counter-forces that may potentially break relative stability known to public as circumstances.

The paper concludes on a formula derived to describe this phenomenon that can be used in the relationship science to support decisions and further development of the science of love.

There are billions of study objects around the world. Some of them create families, others don't. Significant numbers of families break up after t period of time. The importance of this study comes even more vivid if considered that relationships between various human objects break at the stage of formulation even without reaching the state of a stable equilibrium. The phenomenon becomes even harder to analyze given that these billions of objects have over 35 billion communications daily and around 580 million people travel per day.

To understand this phenomenon, we suggest looking at the stars. There are countless space objects moving, however the universe still keeps its firm structure over millions of light years. This is mainly happening due to the gravity forces between all objects that create network of forces to support the overall structure. This same gravity (although based on human specific parameters) creates forces between two humans to provide acceleration towards each other. This “addiction” (as we fictitiously call it) can be described by the formula below:

Where:
F - addiction force - is the actual force by which one object is pulling the other one.


G - addiction constant. This constant is not affected by any variable other than time. It can be calculated by the following formula G = B × (tn - t0), where B is the base underlying the relationship typically mol. mass of either oxytocin 1007.19, adrenaline 183.204, or pheromones varying between 230-280; and tn - t0 is the total number of days in relationship.

M1 - the mass of positive attitude and support provided by addicting object (further referred as addictor).

M2 - the mass of positive attitude and support received from subject of addiction (further referred as addictee).

Both M1 and M2 comprise of the aggregation of the following:


Circumstances or the surrounding universe

Given that there is no other object and movement around the addictor and the addictee, the addiction force described above would be the only force affecting the objects. Thus they would either pull each other until their integration into one object with no distinctive individual properties, or in case of long distance and/or negative M1×M2 product, would have insignificant mutual relations.

In reality, all the human objects spin around the world and, as described in previous chapter, have a large number of other interactions. Thus, there is another force, giving us a tendency of avoiding integration and pushing objects away from each other. In universe this rule is known as the centrifugal force.

In our study, the formula of avoidance provided below best describes the imprint of so called circumstances on the relationship.

Where:
F2 - is the force of avoidance


M1 - mass of positive attitude and support provided by the addictee


Thus we can say that there is a clear hyperbolic positive correlation between the speed of our life and the force pushing us far from our addictors. Another interesting finding of this study is that the closer two object are − the higher is the force pushing to break up.


State of equilibrium
Any two human objects with positive M1 and M2 values are able to reach equilibrium stage at T point of time.

To prove the statement above, lets calculate through the formulas presented above. To reach the stage of equilibrium the addiction force F1 and F2 shall be equal, therefore:

Based on our assumption in the hypothesis, M1 is positive value, thus:

As we can conclude from the equation above, there can always be a positive M2 for given distance, speed of life and duration of relationship to bring the equation to solution. The faster the environment and longer the distance − the more positive energy and care is needed to sustain equilibrium. On the other hand, the longer relationship lasts − the less M2 is required for equilibrium given that V and R remain constant.


In conclusion, this study proves, that to reach a stable relationship, it is critical of addictor itself to provide necessary M2 weight to relationship. In the meantime, both addictor and addictee can calculate necessary V speeds and R distances to leverage the lack of Weight at a given point of time. This type of adjustments may provide short-term equilibrium situations to free up time to recover the M2 and M1 levels. Failure of recovering necessary mutual weights of objects will lead to shifting of V and R values to unrecoverable margins.
Once M2 value is sustained at the equilibrium value, the relationship can enter long-term stability stage. 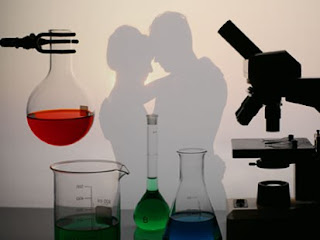 Some of the music here was discovered via friends, who shared it. I have quite a diverse taste and I hope my post will help you to find some of your new favorite songs too :)

15. Kishi Bashi - Manchester - lovely song.. and an artist worth checking out.

14. Passion Pit - Take a Walk - hipster music at its best :)) Watch the video and check out other songs of this band.

13. The Sundays - Goodbye - and oldie suddenly discovered by me. Great tune and very optimistic :)

12. Matt Cardle - Starlight - the song and video has to do with stars, so I love it. Nice tune.

9. Florence and the Machine - Spectrum - Florence never ceases to amaze me. The Spectrum was the best one this year. Exactly this one, not the Calvin Harris's mix played on MTVs.

6. Phoenix - Too Young - Great fan of Phoenix, but this song was played the most in my ears this year. LOVE.

4. Martin Solveig - Night Out - Cool video with a scooter, great song (also nicely remixed by Madeon). Been listening to this a lot in 2012...

3. Lana Del Rey - Ride - Lana -- my biggest music inspiration of the year & most listened artist. Been listening to her albums non-stop, discovering more and more great songs over several months. She's a style inspiration for me too. Couldn't select just one song from her. Here is my favorite top 3 songs of her.
Summertime Sadness
National Anthem

2. Madeon - Finale (full version) -- I'm a big fan of this young French boy. This song is my ringtone for a few months now. Check out his "The City", "Pop Culture (Live Mashup)", "Icarus" too.

1. M83 - Midnight City - BIGGEST discovery of the year... My most played song, most favorite one for this moment. Check out also "Reunion".