Ode to my first ever friend

She was the closest friend of mine. If I would ever consider anyone as such. We've known each other almost since the birth and growing together, understood each other better than anyone else. We were different but somehow we could complete each other. I was shy and indecisive, she was purposeful and witty. We used to be a good team.
She was both beautiful and smart. My role model in many things. I've been learning from her and she was quite an authority for me.

We were sharing our vision with each other, daydreaming about the grown-up lives and how we would walk our babies in the nearby park together.. the way our mothers did with us.

I considered her as someone who knew me better than anyone else, even though she never was fully understandable to me. She was spontaneous and I loved it, just like everything about her. I admired her life and her attitude towards it. I can't overrate the things I've learned from her and thanks to her.
I always give her the credit for introducing me to Alanis Morissette and some other great music. She was always much more advanced and informed than I was.

However something somewhere went wrong. A deep chasm emerged between us. For the recent years I never quite understood her and her actions. And she never let me. The worst of all is that I don't know why and how this happened.

I wasn't present in the most important events of her life of the recent years. I was sparsely getting news about her from other people but never from her. She wasn't in my life either. Sadly, I have been feeling the lack of her constantly and my tries to get closer with her were ineffective.
Even though she doesn't let me in her life anymore, I try to get any news from her and am happy to know that she's okay and happy with her life. Despite my usual optimism, I don't think that we can ever make up for the lost time together and for the missed opportunities to grow up and develop together. Things will never be the same and we won't be the same either.

I know that this is a very important period in her life right now and my thoughts are there with her. I wish I could share it with her, like we always thought it would be.
Posted at 3:00 AM 2 comments:

Email ThisBlogThis!Share to TwitterShare to FacebookShare to Pinterest
Labels: friends, me, memories 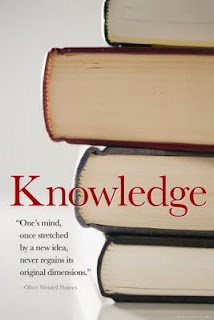 Some people need new knowledge like food. Constant development is one of the requirements for the 21st century people. Everybody can dedicate some time in their daily routine for self development - learning new things, brushing skills. I even believe that if you don't sharpen your skills and train the brain with new things, it may rust :)

Throughout years I've been exploring the process of own learning and have got into a conclusion that I best learn something by myself, rather than being taught. I'm a "self-directed learner" type. Are you also? It yes, even if it's true for just some part, this post will be a great resource for you - full with self-learning tips and resources.

If you are more for the knowledge and not for the diploma/certificate or a maybe-attractive line in the CV, you will probably consider starting learning something extra.

Dedicate some time for learning something more than just your profession, an additional knowledge that will someday become handy for sure. Be it an additional foreign language or a hobby in any field.

What awaits you below:

Again I have abandoned my blog for some time.. but I must say that it's constantly on my mind and I'm permanently trying to bring myself back to the writing habit. One thing is that I feel more responsible in whatever I write since I get a lot of reactions and feedback concerning my blog and it even turned out that I inspire some people :) That really flatters me, but also increases my sense of responsibility.

The other thing is that I've been writing a lot of marketing materials for my job and writing in a personal journal also a lot, so probably it was my limit of typing/writing that was reached :)

However, I'll try to catch up with all the topics that I have scheduled to post here and in the current post will tell you some updates on what was happening around me lately.