My thoughts on the attitude towards people and judging

It's been a long time I haven't written my thoughts here. It's because my mind was occupied entirely with other things and mainly the job. Plus I caught a kind of a brain-virus that is called "being in love" that turned off my multi-tasking skills and ability to focus on any one thing for some period.

It's a rainy morning, not yet 8 am, and I didn’t sleep well this night. Instead, the lines of a future blog post were wandering in my mind, not letting to sleep until I bring them into these letters.

I've been thinking about the attitude we have towards other people and about the judging of others.

Recently I've been noticing that some of the people I know and love, where making me feel uncomfortable with them, because I couldn't stand listening how they were talking about other people, discussing some of their characteristics with sarcasm, negative tones, humiliation and sometimes also offensive notes. It could be just someone passing by the street or someone known… 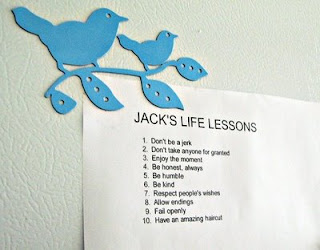 Do we really have the right to judge people solely based on the limited information we have about them? E.g. their look, their beliefs, their deed, especially rumors about them...

I try and guess I mainly succeed in putting away the stereotypes that could be built by other people's opinions or other basic information i can get from the first look.
I have this attitude towards the unknown people that is: I generally like them, unless they prove me that I shouldn't. And if i like somebody, i won't let myself judge or make fun of them. This means that by default I like everybody, until someone does something that makes me change my attitude. Moreover, i don't quickly change it to the "negative" one, because one thing can be just a result of certain circumstances, so i can be just become neutral, not good, not bad.

I have had a lot of talks on this matter with different people that were trying to convince me that I'm too naive and optimistic and that I shouldn't so easily accept strangers as good people by default.
Yet this is how I'm made. I do believe that there are more good people than bad. In the general meaning of good and bad.

It's my whole lifetime experience with people, brought me to this.
I met an interesting quote in the blog of my friend Araz. She has a post called: "You can't hate anyone whose story you know".
Rephrasing this I'd say "You can't judge anyone unless you know his story".

When i wrote this statement, it didn't sound good to me, because i realized that "You WON'T simply judge anyone whose story you know".

I'm not touching the topic of judging criminals, people with no morality and wrong values. My post is about the common thing happening daily with all of us.

I find it offensive when people make fun of another people based on their look, deed or anything that makes a first impression, because it could just as likely be the worst day of their life, it can be something brought by circumstances that weren't under their control at all. They didn't choose it, it chose them. Who didn't have bad days? Is there anyone who can say that they are perfect and hadn't ever been in a bad situation?

I don't think that making fun of others with or without their presence is smth worth to be doing for intelligent people. In case of their presence, it can be only appropriate if you are sure that they are enough balanced and steady and that they are capable of understanding your sarcasm, accepting critic and feedback.

How many times did it happen to us that we had made a wrong negative impression about someone and then felt guilty of having it ?
To me, it had happened more often than the opposite. I rarely have changed my positive attitude towards anybody.

I truly believe that the stereotypes and some first impressions shouldn't be the base of the attitude towards anyone. Just change the angle of view and you'll notice additional details that were unnoticeable before.

Let's take this example:
There was a girl in my surrounding that was often criticized for being a weirdo, she didn't have many friends and seemed like pushing them away. She was a workaholic and didn't pay much attention to her outlook. Everybody was giving her judgmental looks until one day we got to know her "story".
It turned out that she had lost her father and had to take care of her mother that was ill and her siblings. She was the only one working in the family and had to help the younger sister to enter university.
She knew that she was making an impression of a weirdo, she knew that people were judging her, and that their attitude would be changed if they knew the story. But what she didn't want was having that pitiful looks on her. She was okay on her own, in her own small world. 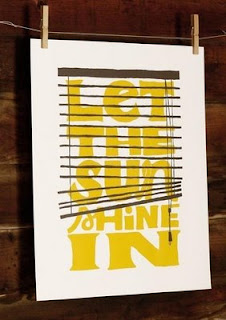 Dear everyone, next time before you do any remark on anybody like "geghci" (common referring to people from villages that are here considered as underdeveloped and silly) remember that having the luck to be born in the city doesn't make you better of those you didn't have that luck.

Before judging someone by their deed or look, do the basic thing such as putting yourself in their shoes, consider that there could be many circumstances that brought them into that condition and that generally, you are noone to judge others, whoever it is.
Posted at 3:37 PM

Email ThisBlogThis!Share to TwitterShare to FacebookShare to Pinterest
Labels: i wonder, learning, thoughts

Thank you for the post! Very reader-friendly, yet thought-provocative and profound. Completely agree with you. Thanks again!

the girl deserves huge respect. however, i'd love her more if she managed to have some friends and payed more attention on her outlook ;)

Hey Arpine, I was introduced to this blog by Rafayel G...I am from India and am here in Armenia for quite some time and your blog helped me in understanding a lot about Armenian culture, yerevan city and not to forget web 2.0! I am also into a lot of software (but not web) and the style of writing is excellent :-)
You have a great blog and wish you the best!