I have already told about my passion for astronomy in my blog more than 2 years ago. This April 16 has been a very remarkable day for me. I had a tour in the Byurakan Astrophysical Observatory. It was a press trip organized by the Armenian Astronomical Society (ArAS); a step for promoting science and journalists came for help :) [note: i'm not a journalist currently, but how could i resist not to go there, with the excuse that i work for a news organization... and am a blogger? :)]

The trip included several presentations about the Obeservatory and Victor Ambartsumyan, contemporary issues of astronomy, science journalism and more. They were held by Areg Mickaelian - the man who organized the trip (co-president of the ArAS) and Hayk Harutyunyan - the director of Byurakan Observatory.

We learnt some amazing facts (Gayane Mirzoyan has outlined some of them in her blog (Russian) about the observatory, the telescopes etc. Here's my pick:


There were also talks about astronomy and astrology (turns out even some journalists didn't know the difference!).. For those who don't know me well -- I absolutely hate everything connected with astrology and get frustrated to hear people confusing it with astronomy!
Here are some pics from the Ambartsumyan's worplace: 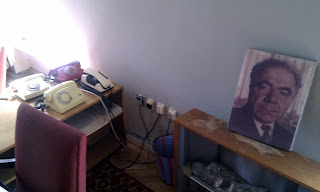 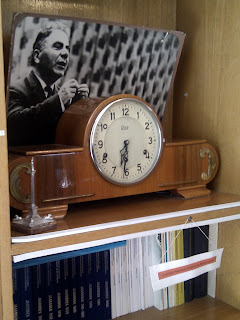 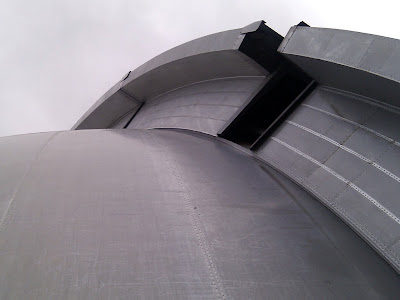 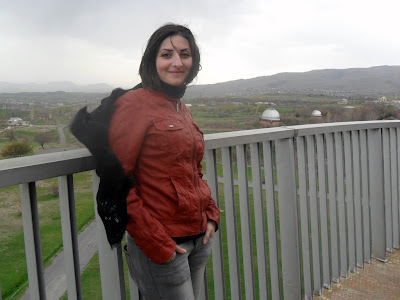 This week I watched The Contact again. I have almost forgotten how I loved that movie. And the next day I read in the news that SETI suspends its search for alien life :(

.. and I just finished translating the first Armenian TED speaker - Garik Israelian's talk about the spectroscopy and search for extraterrestrial life. Soon the Armenian subtitles will be published here. Here's the talk:
Posted at 10:15 PM

Ambartsumyan legacy is also present through the (controversial) prize that was created in his memory a few years ago.
http://vaprize.sci.am

By sheer curiosity I went to see who won 2010 Ambartsumyan Prize, and Gagik Israelian is part of the winning team!

I discover that TED talk thanks to you!

Another Armenian TED speaker (taht I know of) is rafi Haladjian, he insists that we write rafi (don't know why as if capital letters did not exist in Armenian)