Spring, Serj Tankian and VO.X made my week Within last week I managed to enjoy 2 concerts of which i'm going to tell you.

The first one was on March 13 at my favorite Cafesjian Center for the Arts' Special Events Auditorium. It was the British-Armenian band VO.X with a britpop, jazz, blues, pop-rock, some Spanish program. I first heard about them thanks to the video "Made in Yerevan" which I love :)

Then I loved their "Nor orva yerg" and "No Matter" which by the way brought VO.X the British Gospel Music Awards nomination as Best British Group in 2003.

The concert rocked and I haven't seen the Auditorium so crowded before. 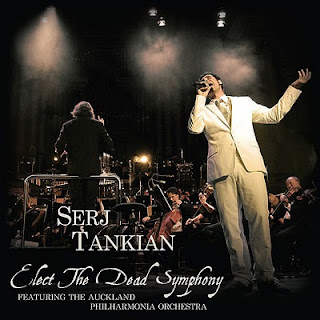 The next one was not a real concert but a recording of it, however on a big cinema screen. Organized by Barseghyan Media Factory, this was the Yerevan premiere of the movie which is being screened in various locations at the moment. It was an amazing show: Serj Tankian's Elect The Dead Symphony together with the Auckland Philharmonia Orchestra. I loved that album, but I didn't know it would be so terrific live and with orchestra. Enjoyed every sound of it.


P.S. Sunday marked the first anniversary of ma preshs.
Posted at 1:03 AM