Today Armenians of the world remember the victims of the Genocide committed by Turks. Mass killings and deportations of Armenians on their historical land had started in 1915. My grand-grandparents from both sides were among those rare ones that escaped from it, though having lost their siblings and relatives. They both were from the Western Armenia. 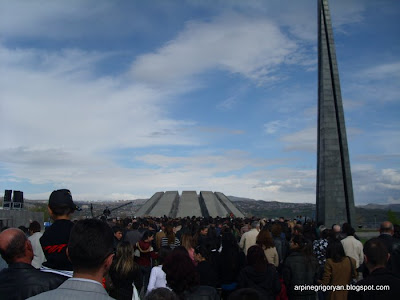 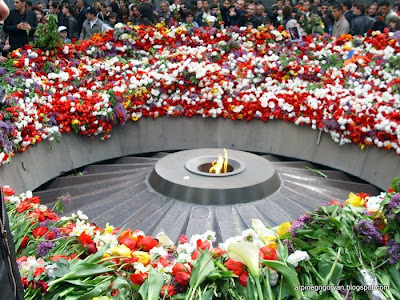 Ask anybody here - it should rain on April 24. Why? "Because even the nature cries for the victims". And it really usually rains or even snows heavily on April 24. Not this year. It was showering yesterday though.

I joined the tens of thousands of people who went to the memorial to put flowers in memory of the victims. It's a long way walking from the footsteps of the Sport-Concert Complex to the Genocide Memorial complex called "Tsitsernakaberd".
It's a VERY long way in a crowd, walking like 5 steps in every 10 minutes. Not everybody could make it. But there was no way back. Once you're in the crowd, you can't step back.
I used the time to listen to the crowd... it was interesting to hear some of the recent rumors, "highly intellectual" chats of teenagers, for whose it was just an occasion to gather together.
I managed to tweet couple of times, check my email and listen to my music player.
I was regreting that I decided to go there in the afternoon instead of going in the evening, thinking that there would be less crowded then. Later i heard that there were even MORE people in the evening!

On the exit, close to the Hrazdan stadium, the road was closed and a number of free buses that were heading to the biggest subway stations were organized. 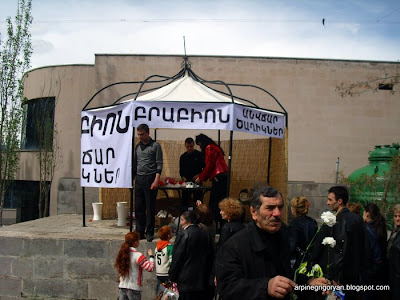 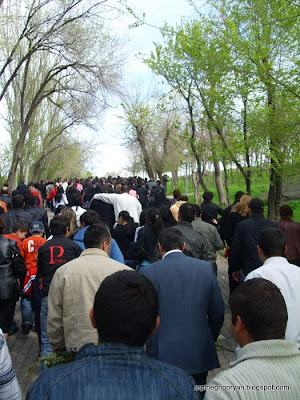 the queue seemed to be endless, we walked 2,5 hours with a speed of snail! 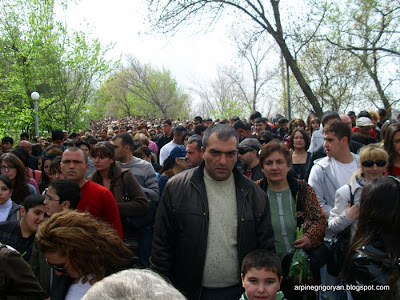 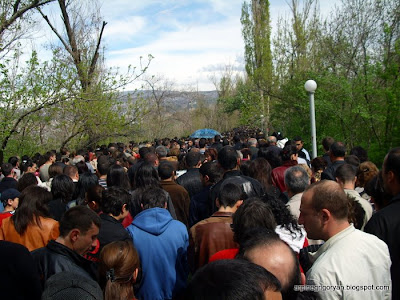 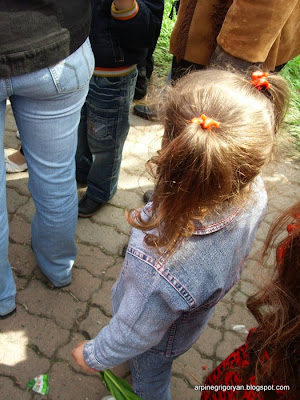 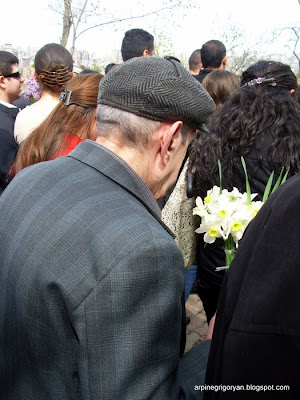 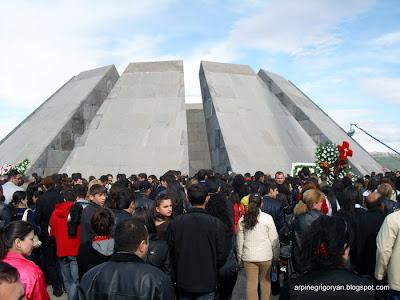 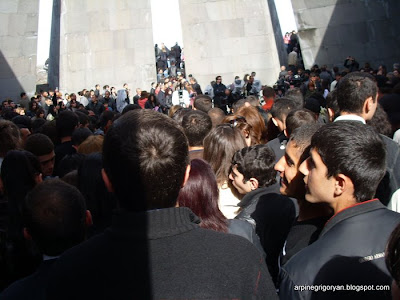 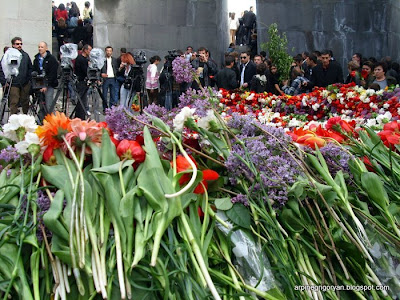 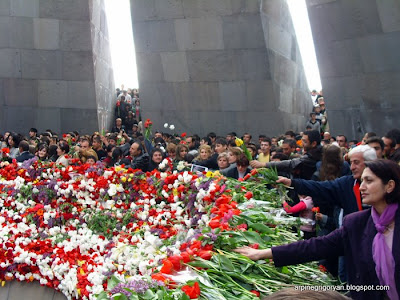 ..Meanwhile, US president Barack Obama avoided using the word 'Genocide' during his annual speech addressed to Armenians of America, replacing it with the Armenian equivalent "Meds Yeghern". So was it addressed only for Armenians to understand? I'm disappointed. Although, to be sincere, i didn't expect anything else after the yesterday's "road map" story. 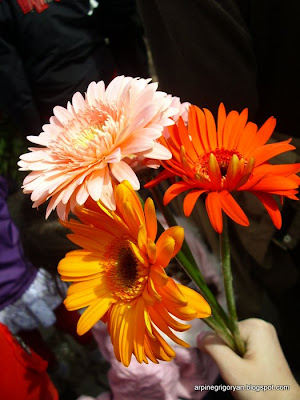 Thank you for sharing your photos and story. It really made me feel like I was there. My grandparents were surviivors of the genocide and lost parents and siblings. Obama broke his promise...once again delaying the healing we all need so badly.

I wasn't there this year but memories about "semushka &axogh tatiner" by the entrance to the alley to Tsitsernakaberd are still in my memories from Apr 24, 2008. first I guess we need to reduce the number of people who BUY (I am not blaming people who sell) sun flower seeds on their way to the eternal flame and then think about Obama's promises.

And dear akanitatli if I were a bit more rude I would have answered in another way but for now I would just say that you cannot delete the facts they are just the way they are...

My blog is no place for your bullshit. Whatever you post will be deleted immediately. It's not a place for Turkish propaganda. Find other blogs for it. Understand?