My today's walk to home was the most pleasant one of the recent time…
I generally don't like winter time, and become depressed more often, but today I realized that I can enjoy it as well!

I went out from the corner of Grigor Kochar & Koryun streets and walked to the Mashtots avenue.
It was again crowded at the Ponchikanots and there was again a queue for taking photo at the decorated tree in front of it. Kids were messing around and making difficult to walk :)
Then I saw the Place de France already decorated for the holidays. The illumination was nice, though I don't generally like those neon colors they used this year… I liked it that it was foggy and bright in the streets, feeling the happy spirit… People were smiling… I walked near some happy families.. Heard phrases like "I put the letter at the general post office on the Square!"… (I guess it was about Santa's letter ;)… then I walked by the Tumanyan street… saw billboards announcing different parties and shows for the New Year… then took the Northern Avenue… and got to the Abovyan street and the Republic Square. I just loooooooooove the illumination of Abovyan street's beginning!!!! 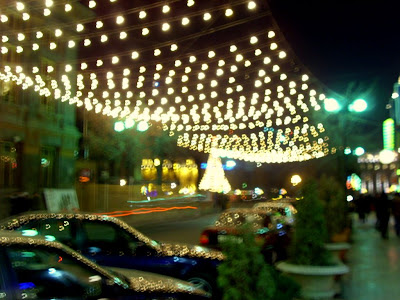 I love to see people's faces under that light! Yesterday city officials officially turned on city's main New Year's tree's illumination… well.. It was better than previous years… nicer style but the lights were a bit…:/ ...well.,. they made it all in Armenian tricolor… Red, Blue, Apricot-color.
Then they also put some small neon-lighted trees on fountains.. And decorated also the National Gallery building with the same neon colors.. It was soooo Web 1.0 !!! (as my friend Masha would say :D)…then I crossed Nalbandyan street and walked near the Republic Square metro station, and General Avenue to Hanrapetutyan street where I live.
All the way I had Sigur Ros playing caressing my ears and nice thoughts about some good expectations for tomorrow and upcoming days…. It was not cold or windy, and I had my comfortable boots and warm coat on me... and I was feeling very confident and satisfied.

Could I dream about this feeling ? Yes !

I didn't have my camera with me today so now I'm putting some of previous years' photos... 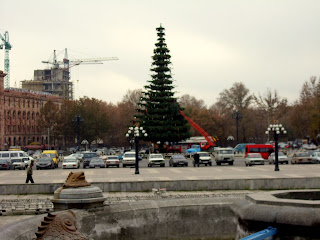 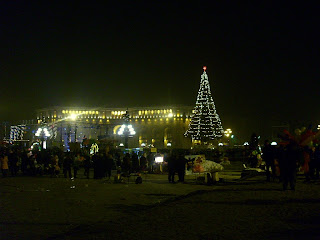 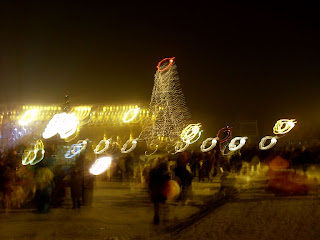 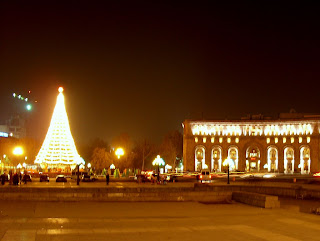