About discrimination, blonde or not girls in IT, and other gender issues 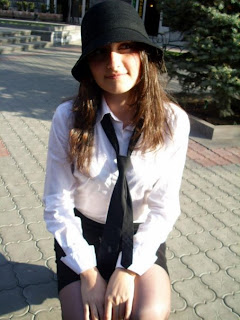 I've never been a feminist. Never even thought about taking any of men's traditional functions upon myself :)) Nevertheless, I've always dreamt of becoming a strong woman and have been always trying to strive for excellence - be smart, manage both career and family, bring a positive change into the society.
One of the most annoying things since my teenage years was when my guy-mates were telling me "you're a girl, you cannot do that", "there are no any outstanding women in IT industry", "Women are made for raising children and not for career", "woman's brain is blablabla", "women programmers are a myth" and stuff like that. Being well determined and serious about getting into the IT, and specifically, the programming sphere, it was irritating me much and I was always disputing with them. I was trying to convince that they are mistaken, and I was really getting offended. Now I understand how silly it was then... and how thankful I am to that guys :)
They actually made me to become one, they were convincing me that i couldn't, and made me prove them wrong. ...and i now think, maybe I had a motivation to do it to spite them :)
I wouldn't be the way I am now *, if it wasn't them and if i didn't have other people believe in me. These people weren't trying to convince me anything, they just believed and didn't put obstacles in my way, they they simply knew I could. and I knew it too :) 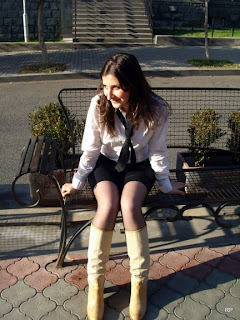 * I never mean that I'm a super professional now, but I've had certain achievements :) Probably my most valuable achievement is that now I'm sufficiently confident in myself - own skills and strength. I consider it to be very important :) And concerning my profession in IT sphere, I dare to claim, I've exceeded my own expectations.
A bit into my experience: I've worked in a web development field and was doing well in PHP & MySQL programming, but code-writing annoyed me in a while and my further deepening in programming was pointless, so i quickly started exploring new fields e.g. management, e-marketing, social media, SEO, etc... and now i hold a managerial position in my company, leading a team of programmers and designers (some guys didn't have anything else to do, but to express an opinion that i wasn't just competitive as a developer, which is, of course, not true :)
And by the way, i'm self-taught (never took any IT or programming classes, except the ones in the university, that had nothing to do with web development). 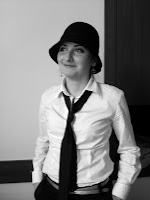 Of course I still sometimes face discrimination towards myself and encounter injustice just because of my gender, but I try to enjoy the challenge and I just become stronger ;)
I encounter it at work (where some of my colleagues weren't taking me enough seriously at first) or when my salary didn't increase by the same amount as my male colleague's, that was hired at the same time as me and did the same job. I encounter it in personal life too - some guys have confessed that they'd prefer less smart girls, so that they'd feel themselves superior. (no comments)

Here's when one of my favorite self-created quotes was born:

"Trust me, sometimes I'd also prefer to be one of those stupid and careless blondes..."

Well, you know, i also laugh at blonde jokes... and i have had times when i was feeling myself blonde (when it was taking me long to get into some simple things), but I explode, when people treat me like a blonde, being confused by my non-geek look, especially at work :) (our IT admin had hard times recently... :-D) 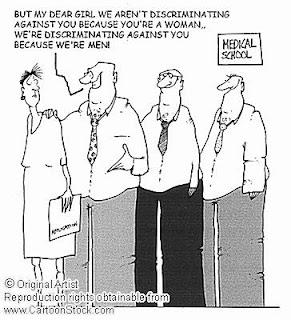 I started writing this post after reading Amata Alieva's posting in the Forgotten Diaries blog where she was describing the discrimination she faced in her country.

So the points of my post are: you shouldn't treat anybody by stereotypes (be it a girl in IT or "Legally Blonde"); changing mind in doing something just because somebody said you can't - is stupid; obstacles and challenges just add you a good experience and make you stronger and wiser.
Posted at 9:51 PM

Email ThisBlogThis!Share to TwitterShare to FacebookShare to Pinterest
Labels: IT, me, photo, thoughts, work

You have a very healthy attitude. You will go far.