As you know from here and here, I was very excited about attending my first live show of an Italian singer.
The Zucchero's concert was in the framework of Jivan Gasparyan's 80th anniversary celebrations. He performed on Nov. 11 at the Tribute concert and also on 12th within his own "All The Best" tour. 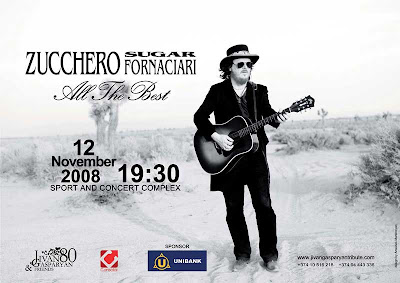 I was watching the Tribute concert live on TV. It was a looong one including appearances of such stars like Alan Parsons with his Live project, Derek Sherinian with Planet X, Peter Gabriel (though he didn't perform anything), Arthur Abraham (IBF champion), Boris Grebenshchikov, Pedro Eustache, Andreas Vollenweider and also Jivan Gasparyan Jr. (grandson of the maestro). The concert finished around 1am and was followed by fireworks which made me hold my dog very tight and not let him to bark since he could awake the whole our building :) and saw Zucchero's performance which was the last one and after midnight. He was great and i realized that the concert next day will be a good one!

Last time I wrote about the Sport & Concert complex and that I attended the ice skating show in the sport hall, this time, the shows were in the concert hall (with 2000 seats). 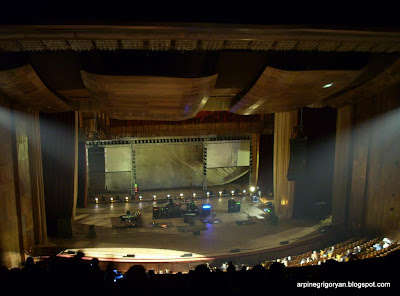 The tickets weren't cheap, and we bought the cheapest ones (3000 AMD) :D I thought I have checked our seats on the plan of the hall, but it turned that we got the tickets right on the last row of the amphitheater! :D
Հայերեն ասած «վերջն էինք», նաև մեր ջրիկանալով :D 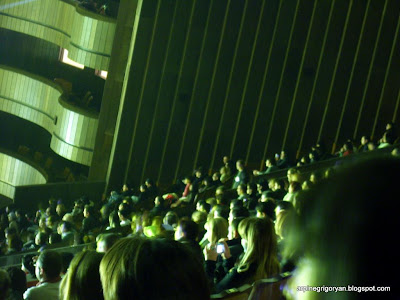 When we arrived at the SCC, it was still early and we were cold, so we decided to have something hot in the newly opened cafe inside. It turned that out of all the hot beverages in the menu, they did have only tea and espresso. I took an espresso (machine made) but my friends, who took the tea weren't very happy to notice that the water isn't hot and not even boiled and the only choice of the tea were Lipton bags :D

The concert had a one hour delay but luckily it was the only unpleasant moment with the concert. The hall was almost full, especially in the amphitheater there wasn't any vacant seat... The audience was tuned to have fun and Zucchero gave us that fun! He performed all the songs i've expected (i even had the printout the lyrics :D). Here's the song list of Zucchero's concert, almost with the same order: 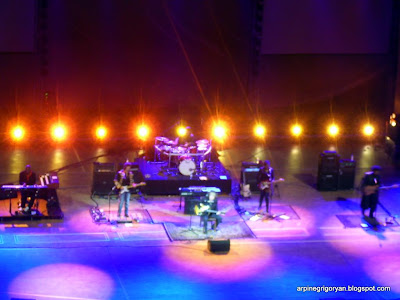 The sound was excellent, it went in one breath, without pauses or faults and everybody enjoyed it ! Half of the show we were stood up, dancing and shouting. I couldn't imagine so many people will like Zucchero, and dance on his songs :))))
It was amazing and definitely worth!

Here's what i was able to shoot there :) you can guess that my camera's zoom was very poor but luckily i had my smart tripod with me :)) 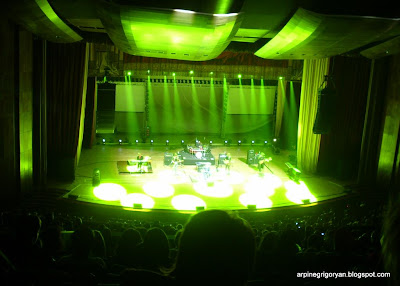 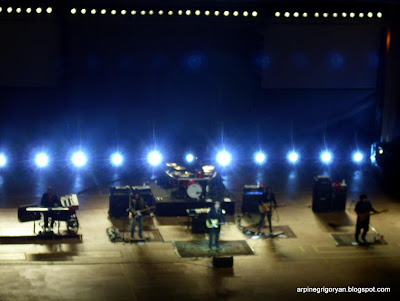 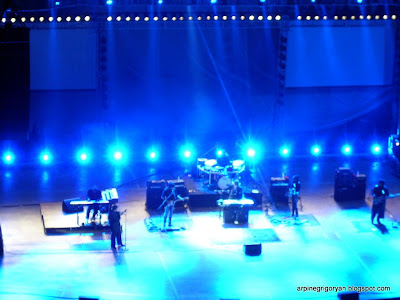 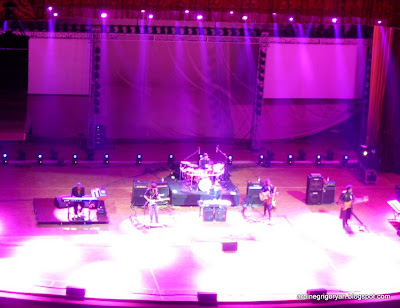 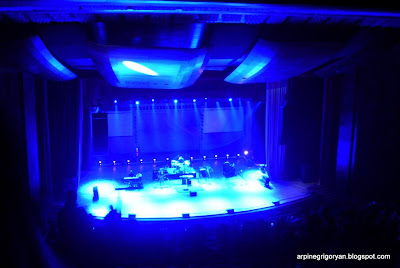 An important detail :) on this kind of concerts the seats doesn't really matter. You don't see the face of performers anyways (even from parter seats), the sound is almost the same everywhere, so why pay more? :D
Posted at 11:28 PM