Did you know that Alvin and the Chipmunks have an Armenian "father"? 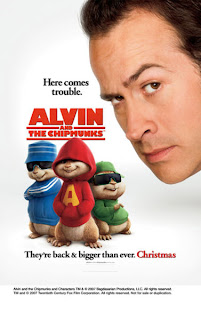 Today, while browsing the October issue of the Yerevan Magazine, i found an interesting article about "Alvin and the Chipmunks" and their father of Armenian origin Ross Bagdasarian. I've seen the movie months ago but that time didn't have any clue that it has such an interesting story behind.

The characters of the singing chipmunks Alvin, Simon and Theodor were created by Ross Bagdasarian, also known as David Seville.

Ross Bagdasarian (Rostom Sipan Bagdasarian) was an American pianist, singer, songwriter, actor and record producer. He was William Saroyan's cousin and together they wrote the "Come On-a My House" song (released in 1951). It was sung by Rosemary Clooney (George Clooney's aunt) and covered by Ella Fitzgerald, Della Reese and others, and by the way it's Della Reese's version that Madonna mimes in "Swept Away". A bit out of the topic, however, i found it interesting to write about the song too:


"The song touches upon traditional Armenian customs of inviting over relatives and friends and providing them with a generously overflowing table of fruits, nuts, seeds, and other foods." 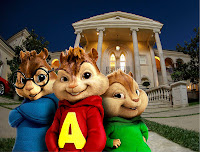 According to his son, Ross Bagdasarian, Jr., they were down to their last $200. Bagdasarian spent $190 on a tape recorder that would allow him to change tape speeds. As David Seville, Bagdasarian had another number-one record with his song, "Witch Doctor," which was also his first experiment with speeding an audio track to get the distinctive, comical, squeaky, high-pitched voices. That success led to him to record "The Chipmunk Song (Christmas Don't Be Late)" with The Chipmunks, for which he won two Grammy Awards in 1959: Best Comedy Performance and Best Recording for Children. 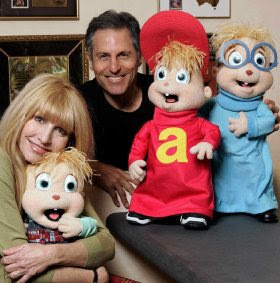 The recent movie "Alvin and the Chipmunks" (2007) was produced by his son - Ross Bagdasarian Jr. who continues father's job  - releasing chipmunks' recordings.
Posted at 9:58 PM